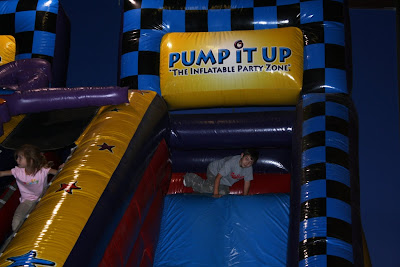 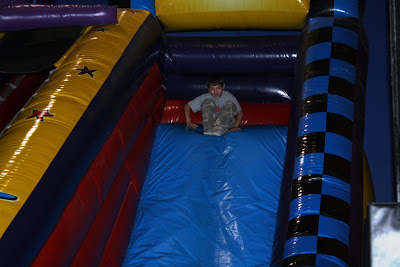 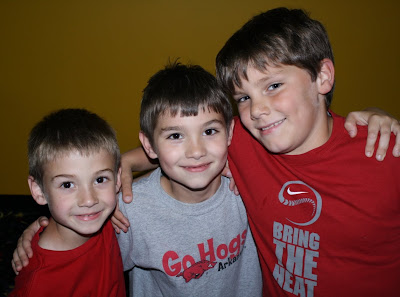 John really didn't want to take the camera, but he finally gave in. I was proud that he took pics for me. He dropped me, Klaire, & Jace off at the mall while he went to Pump it Up. I put Klaire in the sling and held Jace's hand and off we went. Boy was I nervous! You wouldn't think with this being my third kiddo that I would be, but since she has been so colicky I was worried that she might be a mess and I wouldn't have any help. This was the first time I took her & Jace by myself anywhere. I always bring reinforcement, ha! We shopped in Target forever, the I had to run in JCP for some towels. They were both FANTASTIC!!! We even had time for Jace to play abour 45 min. in the play area too! John & Kylan came & picked us up and we headed to get groceries. Kylan said he had a lot of fun!

hi, you have nice blog.. u can view also mine..http://akoniwares.blogspot.com