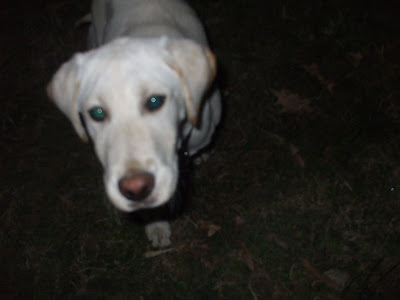 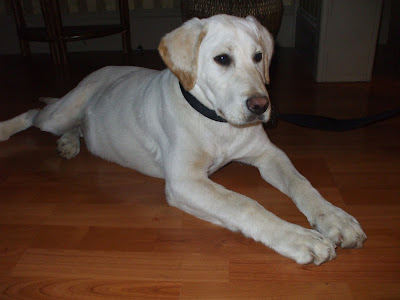 I had a doc appt for my lab work on Monday for all the tests they do for baby. I always wonder whether I should put myself through the agony or not, but I would rather be prepared if something were wrong. Anyway, on the way my neighbor called & informed me that Kylan's dog Brax was hit by a truck..I texted John and he went home to bury him with the help of my bro-in-law. We weren't going to tell Kylan, but instead just say he had ran off. Unfortunately, a neighbor told him first thing at school that his dog had been run over. Soooo, here comes Kylan crying to me. I get him through school and home where we tell him that Mackey found him & buried him. Well, then it sinks in that it is true and his dog is gone. John takes him to see where he was buried and bless his heart, he had found a cross in his room from a necklace and put it on the tree next to where Brax was buried. He just boo-hooed and wailed the rest of the night. Sooooo, please keep him in your prayers. (And John too, that was his hunting dog and he was very upset as well!)

This makes me so sad. He was such a pretty dog! It broke my heart when Honey disappeared. Jake put food out for her everyday for a week! So sad.